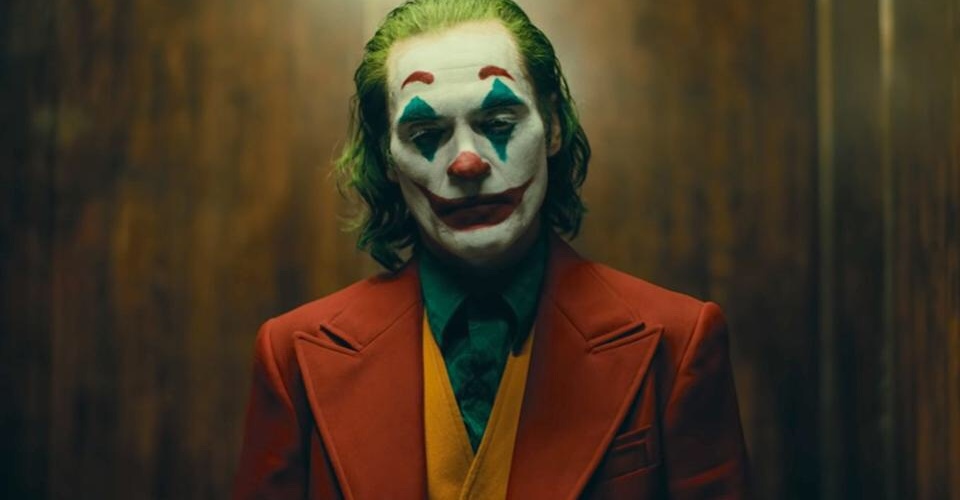 Joker is a movie. Is it a good movie? Is it a great movie? I don’t know. Do I like it? No. No, I don’t like this movie, and it has taken me awhile to try and figure out why. I sat in the cinema, glued to the screen, and felt… empty?  The film looked like a film I would like, Joaquin Phoenix puts in one hell of a performance, it’s based on an IP that I am a fan of, and yet… empty. The answer to my plight is simple, I felt empty because the film is empty. I have no other way to describe it. I feel like it’s hard to be critical of the film, it’s well made, and in terms of craftsmanship it’s top notch, so you have to scratch deeper, go beyond the celluloid, see whats under the surface…
Nothing. There is nothing here. You’re left falling through darkness, a vast vacuum of nothingness. What is Todd Phillips trying to say with this movie? Nothing. Why does Joker do certain things? No reason. Is what we’re seeing real or a fantasy? It doesn’t matter. It’s empty. It’s an empty shell of a film that just happens to look good, and have a fantastic performance at its centre. It may seem harsh to judge a comic book movie this deeply, but this is not a comic book movie. Whether you agree with Martin Scorsese’s comments about Marvel movies not being cinema, and just being theme park rides doesn’t matter. What’s cinema and what’s not cinema is a debate for another day. I know personally, I have to look at Marvel movies with a different critical eye than I do other movies. I judge them on pure enjoyment, and don’t really mind if they reflect society, or tell me something about the human condition. I go into them with different expectations. Joker, though asks you to go in with different expectations, higher expectations. It’s not a comic book movie, there are no superheroes. There are references to the comics, but that’s it. There’s even debate raging over whether he actually is the character from the comics, or more of a proto-joker. Joker places itself next to cinematic greats such as Taxi Driver, King Of Comedy, and even Requiem For A Dream. It’s taken their style, but none of their substance.
The world of Joker is a cruel world. Gotham is designed to look like New York in the 70’s/80’s, invoking the films of Scorsese. Arthur Fleck, played by Phoenix, is an outsider. He lives in small dank flat with his ill mother. He has mental disabilities of his own. A head injury which has left him with a nervous tick, an annoying laugh whenever he is upset or nervous. The world just keeps beating him down. No one offers a helping hand, and after an attack on Arthur ends violently, Arthur finds that he is empowered by these acts of violence. I don’t want to spoil anymore for those who haven’t seen it, but what follows is a mixture of rich vs poor, mental illnesses, cuts to social departments, riots, bullying and murders. This all comes to culmination when Arthur is invited onto his favourite talk show, after he is mocked by the presenter, played by Robert De Niro, after one of Arthur’s stand up routines went viral.
What does director Todd Phillips whats me to take away from this movie? I don’t know, and to be honest, judging by the interviews he has given around the movie, I don’t think he knows. He has undoubtedly put together a well made movie. The cinematography and set design are stunning, and the casting of Joaquin Phoenix is a masterstroke. This is one of the best performances I have ever seen on screen. The problem all lies in story. The story is not strong enough, there is not enough deeper meaning or subtext to it. Take the final speech as an example, it offers nothing, no profound statement, just a way to bludgeon the audience over the head with points which should be obvious to anyone who has just watched the last 2 hours. It could be that Phillips sees his Joker as the ultimate vision of insanity and anarchy, forged by a cruel society that doesn’t care about him, but to what end is never made clear.
The Joker works so well as a Batman villain as they are both two sides of the same coin. The problem here is we only get one side. It means that we are forced to try and feel sympathy, or at least pity for someone we don’t want to relate to. We see the film through his eyes, and through that viewpoint his actions are seen as almost heroic. In an almost Death Wish kind of way we are supposed to feel like his victims deserve what comes to them. I personally don’t think films should have to be responsible for the way that people react to them, but this film feels like its provocative for the sake of provocation. Like everything else on screen its just set dressing, all hiding the fact that the emperor is wearing no clothes.